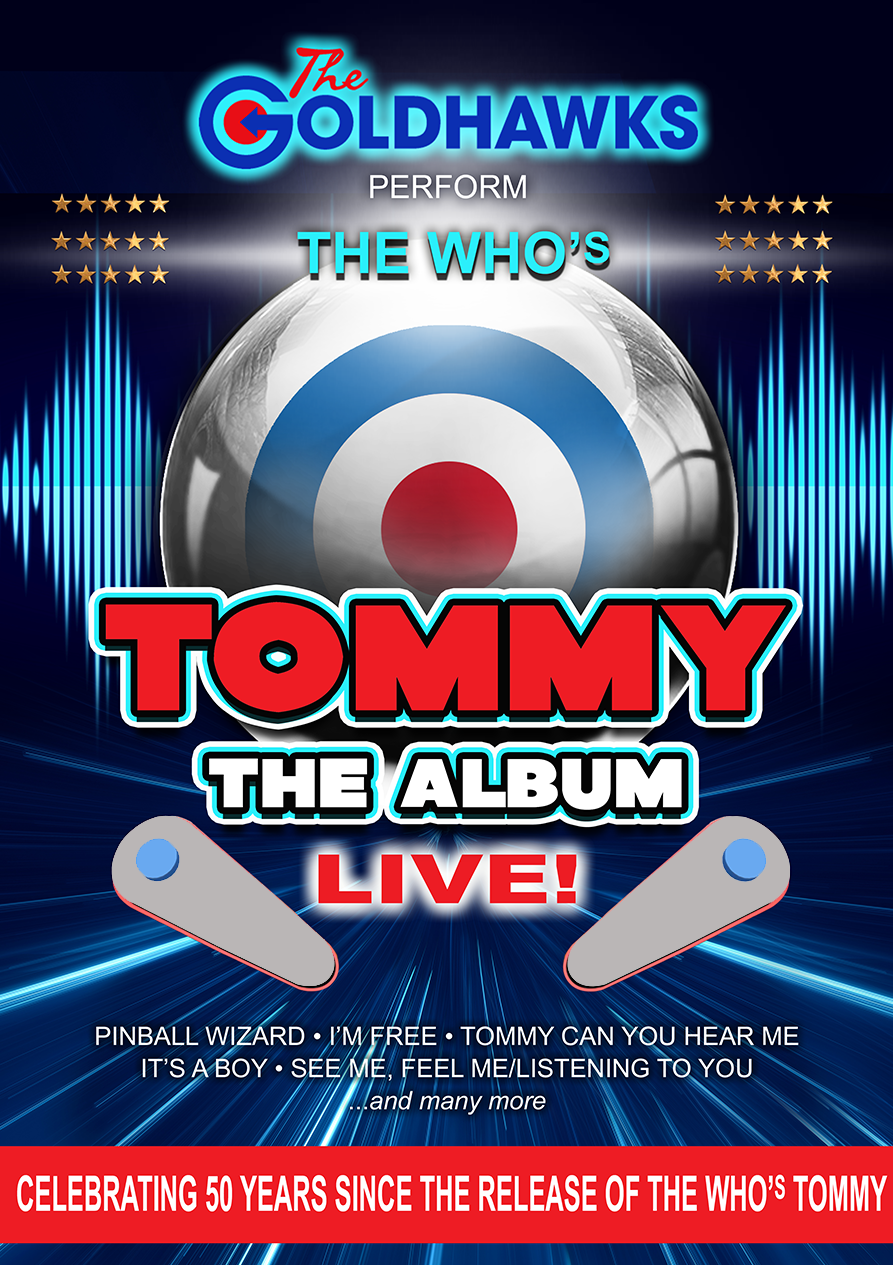 This show has been rescheduled for logistical reasons for the tour.

On the 50th anniversary of the release of The Who’s ground-breaking rock opera, “Tommy,” we bring you a brand new production, “The Goldhawks perform TOMMY - the album, LIVE!”

Following continued public demand, after their smash hit tour of Quadrophenia, legendary world-class rock band, The Goldhawks, return to perform Tommy as a 8-piece outfit backed with amazing projection and effects and superb replication of The Who’s sound.

Tommy is the fourth studio album by The Who, a double album first released in May 1969. The album was a ground-breaking moment in rock history as a rock opera which tells the story about a "deaf, dumb and blind" boy, including his experiences with life and his relationship with his family.

The central character is Tommy himself. Born during the First World War, he becomes blind, deaf and dumb after seeing a murder by his parents in a mirror. He then becomes a pinball champion, reaches a state of grace, regains his senses and starts his own religion. He is eventually discarded by his disciples somewhere in the distant future and finds himself as isolated as he was in the beginning. The opera is, apart from being some of the best rock music ever, a statement of Pete Townshend’s philosophy. “It’s about life,” he says.

To close the show, be ready for some massive all-time classic Who hits you won’t want to miss.

"Absolutely first class.....Having toured with The Who for 10 years I can safely say that this band is the next best thing and the closest you will ever get to the real thing." Wolfy Foxlow, close friend of Pete Townshend and Roger Daltrey