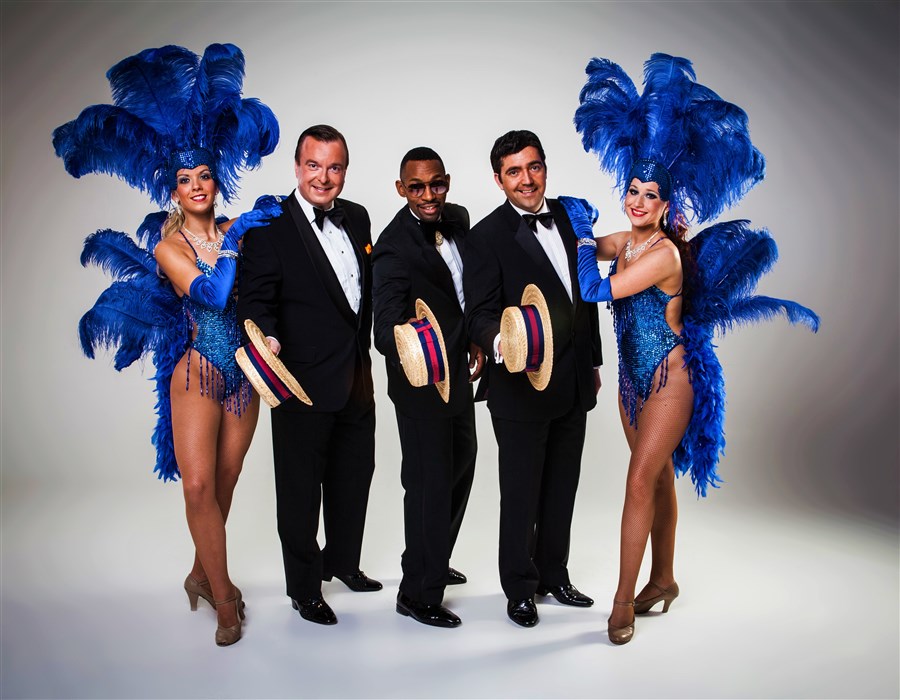 The Official UK No: 1 Tribute show as voted by The Agents Association of Great Britain for three successive years,  comes direct From London’s Leicester Square Theatre, The 02 and a Royal Command Performance. The acclaimed David Alacey (Lovejoy & Inspector Alleyn) stars as Frank Sinatra alongside Paul Drakeley (Inside Out – BBC) as Dean Martin. They are joined by former Eastenders star and ITV's popular weather presenter - Des Coleman as Sammy Davis Jnr in the original Rat Pack show, now celebrating its 21st record breaking year. Together they amaze audiences with their recreation of the music of Sinatra, Martin and Davis, in a fabulous show which brings the style and excitement of the Las Vegas heyday to vivid life. Including all the great hits - My Way, Mr Bojangles, New York New York, Amore, Come Fly With Me! And many more. They are joined by Special Guest Charley Toulan as the iconic Marilyn Monroe, performing the many memorable songs associated with Monroe including: Diamonds Are A Girls Best Friend and My Heart Belongs To Daddy. She will also recreate an historic moment in Rat Pack history, by serenading a member of the audience with a special performance of Happy Birthday. To complete a truly memorable intimate evening with legends, the show also features the swinging Buddy Greco Band under the direction of BBC Musical Director Mac Shone - Memories really are made of this!

“We may never see such greats as Frank, Dean and Sammy again in our lifetime but the good news is that as long as such talented impersonators as these continue to exist, we may not need to” Chris Longhurst - Uxbridge Gazette

"I can honestly say that having toured with these guys, they are as close as anyone will ever get to my dear friends – Frank, Dean and Sammy. At times it was just like being back with my pals at The Sands in the sixties – so much fun and it really doesn’t get any better than that. As for David Alacey – well this guy really is Sinatra – it’s frightening”. Las Vegas Legend - Buddy Greco

“A fabulous journey back to days of Vegas style and glamour...This production superbly recreates a unique chapter in Entertainment History" John Judge - The Daily Telegraph