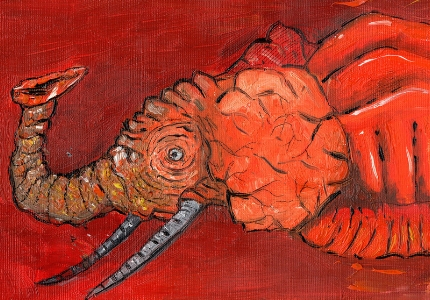 In Stephen Briggs’ brilliant adaptation of Terry Pratchett’s ‘The Fifth Elephant’, Commander Vimes is sent to wild, wintry Ubervald to establish trade links with the King of the Dwarfs, but ends up trying to stop an inter-species war.

On his side, a talking dog, a reformed Vampyre and a self-made man. You can tell he’s self-made because the stitches still show

However, although Vimes may have arrived as Ankh-Morpork’s ambassador, he soon finds it’s not all golden chocolate balls. Before long he’s an escaped prisoner, out in the icy woods, wearing only the gloomy trousers of Uncle Vanya and being chased by a pack of fascist werewolves who don’t play by the rules.