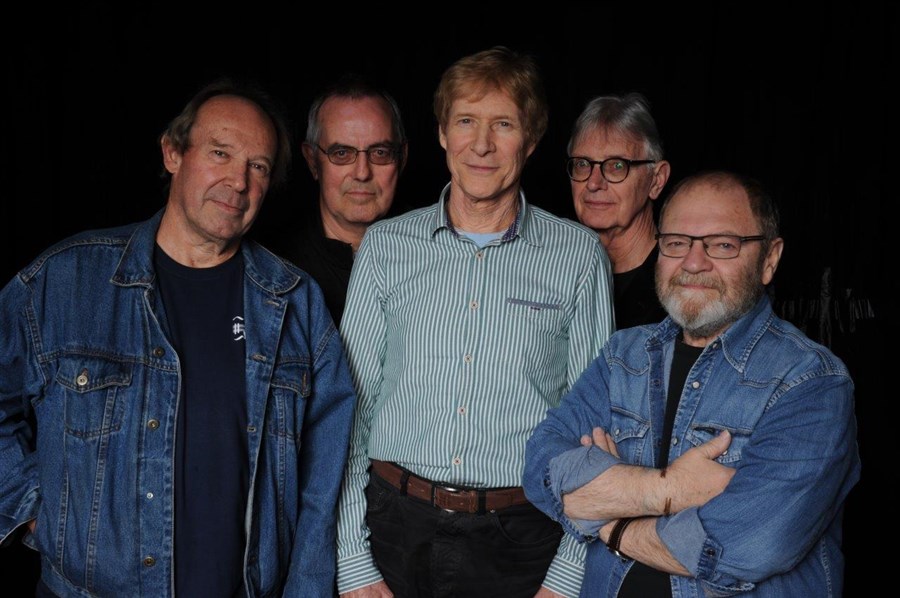 The individual members of The Blues Band were already held in admiration by generations of R&B fans when they formed back in 1979. Over 40 years and 16 albums later they continue to be as popular as ever. The Blues Band are:

Paul Jones, Dave Kelly, Tom McGuiness, Gary Fletcher and Rob Townsend are the band and still as enthusiastic as ever.

The individual members of The Blues Band were already held in admiration by generations of rhythm & blues fans when they formed back in 1979. Over 4 decades and over 16 albums later they continue to add to their growing army of followers, and it’s not unheard of to find three generations from the same family at a gig.

The band is today acknowledged throughout Europe and beyond as being amongst the very finest purveyors of rhythm & blues. They have inspired numerous other blues bands, many of which have come and gone …The Blues Band have remained a constant, increasingly popular fixture, however, and all with only a modicum of help from the record business – as Gary’s oft quoted comment states "the music industry doesn’t bother us and we don’t bother them."

This independent streak goes right back to their early days when in an unusual move the band "bootlegged" their own first album – certain copies of which are now collector’s items. The ‘bootlegging’ came about because, having recorded their first album, the so called ‘major label’ which was to release it changed their minds and the band didn’t have the cash to pay the studio bill.  So they got 1000 copies pressed up, mastered from a copy tape that they had, signed the plain white numbered sleeves and sold them at gigs & via mail order. Only then did another ‘major label’ pick up the album and release it widely.

It’s a credit to both the band’s talent and to their many thousands of fans’ loyalty and support that they have since sustained such a long career, and brings into question the oft-spoken phrase by parents despairing of their aspiring musical offspring, "When are you going to get yourself a proper job?"
Such successful musical mavericks are fairly rare and are borne more from word-of-mouth than promotional hype. Either way they still have to cut the mustard.  These boys have real feel – for their music, for their audience and for each other. Playing with maturity and passion is second nature to all of them. Paul Jones has devoted much of a creative career spanning almost 40 years to this eternal, inspiring form - the very base and roots of rock & roll ..... Dave Kelly, with his late, great sister, Jo-Ann, introduced a whole generation to the works of Memphis Minnie, Son House, Robert Johnson and Mississippi Fred McDowell ...... the blues bit Tom McGuinness in the late '50s and has never let go - the same sharp, tight grip which still holds Rob Townsend and Gary Fletcher within its spell.  So here they are, as enthusiastic as ever - Britain's finest, most skilled practitioners in the art of the blues. The Blues Band.