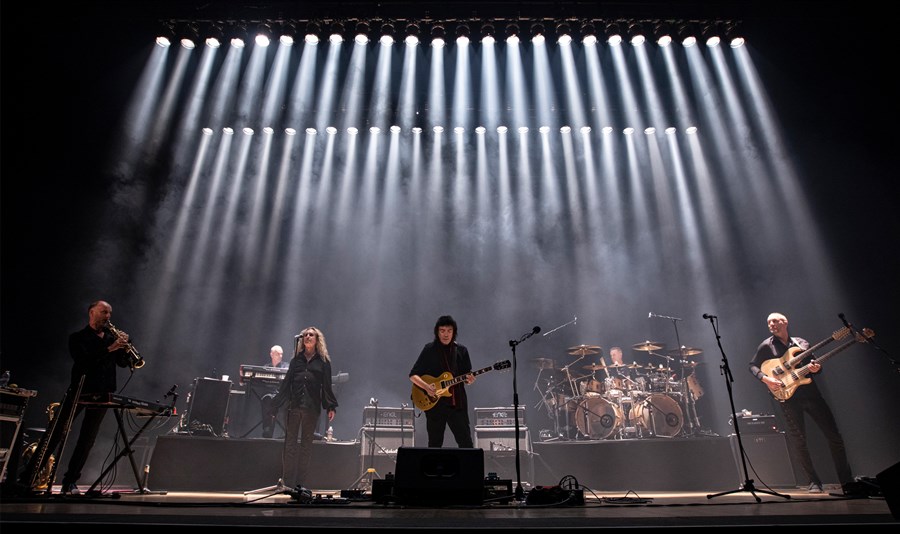 Due to Covid-19 this event has been rescheduled to 30 September 2021. Original tickets remain valid.

Off the back of his most successful solo tour yet, selling over 30,000 tickets for his 2019 UK dates, Steve Hackett has announced that his 2020/21 World Tour will feature the whole of the 1977 Genesis live album Seconds Out in full, plus more!

Seconds Out was the hugely successful double album recorded on Genesis’ 1977 concert tour together with The Cinema Show, from their 1976 tour, and featured Steve Hackett on guitar alongside Mike Rutherford, Tony Banks and Phil Collins who had taken on the role of vocalist

following the departure of Peter Gabriel. The tour included music from each of the six studio albums from Steve’s time in Genesis and marked his final recordings with the band as he left to pursue his solo career upon its completion.

The Seconds Out + More! Tour will visit some of the venues Genesis played on that 1977 tour. There will also be additional material, including Steve’s solo concert favourite The Steppes to celebrate the 40th birthday of his fourth solo album Defector.

Steve Hackett says:  “I’m thrilled to bring Seconds Out back to life, featuring Genesis material at its most exciting and virtuosic, this time with all numbers played in full plus additional surprises!”

Steve Hackett joined Genesis at the beginning of 1971 and gained an international reputation as the guitarist in the band’s classic line-up alongside Peter Gabriel, Tony Banks, Mike Rutherford and Phil Collins. Steve’s intricate guitar work was a key element of Genesis’ albums from Nursery Cryme (1971) to Wind And Wuthering (1977) including the classic Selling England By The Pound.

After leaving Genesis at the end of 1977, Steve’s solo career, which now spans more than 30 albums, has demonstrated his extraordinary versatility with both electric and acoustic guitar. Steve is renowned as both an immensely talented and innovative rock musician and a virtuoso classical guitarist and composer and this was recognised in 2010 when he was inducted into the Rock Hall Of Fame. He has also worked alongside Steve Howe of YES in the supergroup GTR.

Steve’s compositions take influences from many genres, including jazz, classical and blues. For his later studio works The Night Siren (2017) and At The Edge Of Light (2019) Steve has explored the influences of world music. Recent tours have seen Steve celebrate his time with Genesis including a spectacular 2018 tour in which Steve realised a long-held ambition to perform the works of Genesis live with his band and an orchestra.

‘the night’s prog feast.. was Selling England’ ‘ which allowed the guitarist’s band to fully showcase their talents…’   ‘for one evening at least it was fantastic to dance with the Moonlit Knight once more.’  Simon Carter - The News Portsmouth

‘Hackett's guitar effortlessly carves a path through the songs mixing melodic lines with experimentation and flat out rock...’  ‘The individual personalities of the band also shine throughout…’    Stuart Avis -The Brighton Magazine

‘a great riff, great lyrics and another guitar solo to die for...’ ‘the magic seems never-ending...’ Alan Jones – Getreadytorock

‘complex time changes and elaborate melodies were recreated by Hackett’s superb band with verve and skill.’  ‘Hackett may well be the best guitarist around. Oh, and a great light show too. Obviously.’  S Copeland - Brighton Argus