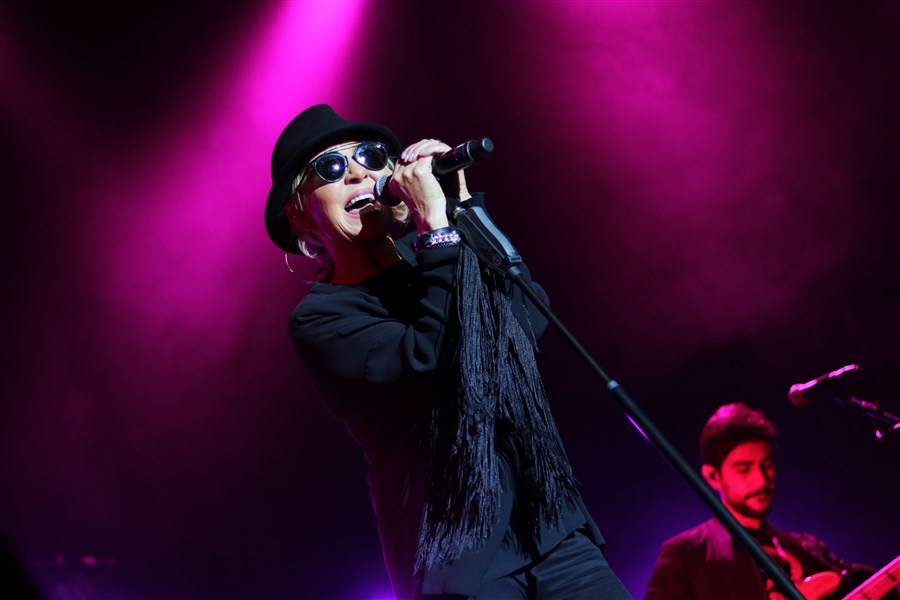 Celebrating 55 years since the release of the debut smash hit single ‘Shout’, Lulu’s ‘On Fire’ tour will see the Grammy-nominated singer play 35-dates across the UK, starting on September 19th and ending on 2nd November.

‘On Fire’ is a show packed full of hits, such as 'The Man Who Sold The World', 'Relight My Fire',  ‘To Sir With Love' and, of course, ‘Shout’, amongst many others, as Lulu recounts her remarkable life now at 70 years old and a career that has outshone many of her contemporaries.

The announcement comes just 48 hours after Lulu was revealed as Take That’s very special guest for their 37-date Greatest Hits Live Tour, where every night they will reunite to perform their #1 smash hit Relight My Fire together.

Backed by her band, a huge LED screen (for the first time) showing carefully selected personal and career defining moments, Lulu will have audiences nationwide,  sitting, standing, dancing, singing, laughing and simply listening to an amazing story that started on 3rd November 1948.

Lulu said, “I’ve so enjoyed touring with my amazing band over the past few years that it didn’t take very long for me to get the urge to hit the road again. We’ll be playing here, there and everywhere, so I invite fans old and new to come along and share a great night covering my six decades in music. ”

Singer, songwriter, actress, business woman and national treasure are all labels that have been attributed to Lulu, who has stayed the course, when many have faltered, simply because of her talent as an artist and her determination as a person.

Her powerhouse performances have ensured a loyal following of fans who come out year after year to witness a legend at work.

Something to shout about? Lulu has plenty!

Her voice has lost none of its sassy, soulful crackle and the original songs are smart, intelligent and seductive. The Times

Still packing a punch…her passion and talent for music is clearly her number one priority…and long may it last.  The Birmingham Post

Stand back, Florence and Paloma, Lulu has re-lit her fire.  York Press