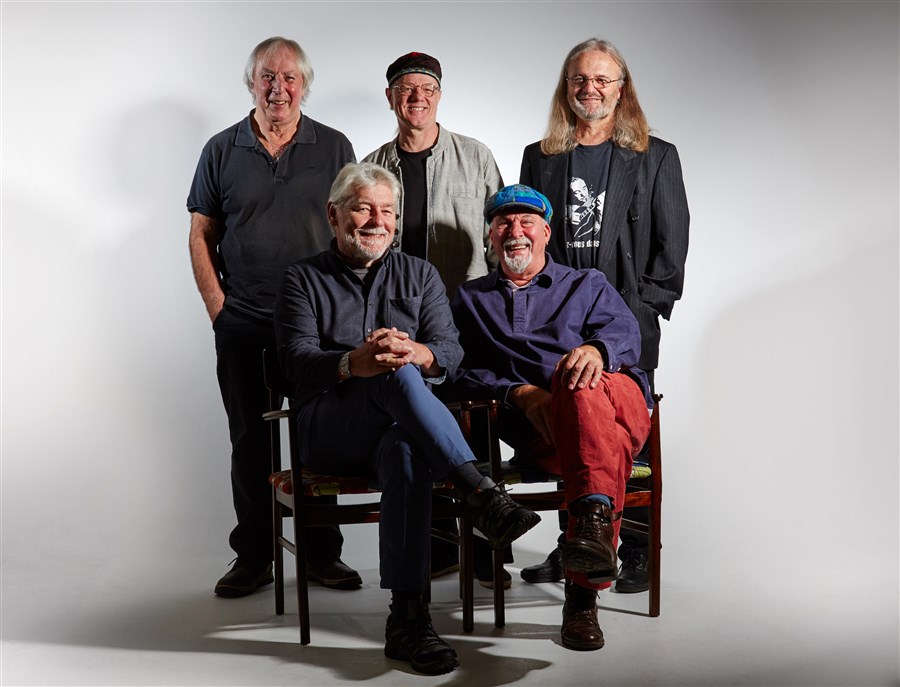 The planned Fairport Convention show which was due to take place on 20 May 2021 has moved to 11 May 2022. Tickets remain valid for the new date. We are in the process of contacting all ticketholders. We apologise for any inconvenience this may cause.

Fairport Convention have been entertaining music lovers for over half a century, with 2022 being their 55th anniversary!

During that time the band that launched British folk-rock has seen many changes, but one thing has remained the same - Fairport’s passion for performance.

This year’s Spring Tour will present a mix of long-established Fairport favourites and some surprises from albums old and new including their latest album, Shuffle & Go, which was released just before ‘lockdown’ in 2020.

Fairport Convention have won a BBC Lifetime Achievement Award and Radio 2 listeners voted their ground-breaking album Liege & Lief 'The Most Influential Folk Album of All Time'.

Their story has been celebrated with television documentaries on BBC Four and Sky Arts.The band features founding member Simon Nicol on guitar and vocals, Dave Pegg on bass guitar, Ric Sanders on violin, Chris Leslie on fiddle, mandolin and vocals, and Gerry Conway on drums and percussion.

"Stuffing their set with a surprising amount of new material for a vintage act, Fairport are still clearly having fun and brought the house down." The Guardian