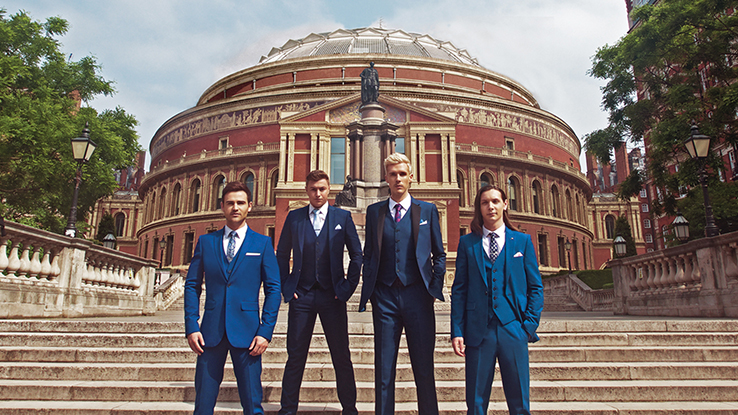 Michael Auger, Jamie Lambert, Matthew Pagan and Thomas J. Redgrave will be taking Collabro on the road for an absolutely huge tour across the UK, culminating with a headline performance at London’s Royal Albert Hall.

The band are renowned for covering songs from the world of musical theatre, as well as by popular artists. Their most recent album, Home, sees them take on songs from the likes of Les Misérablesand Beauty And The Beast.

The album also features Collabro’s first ever original single, Lighthouse, the release of which supported the work of charity Save The Children.

Collabro rose to fame on the eighth series of Britain’s Got Talent, going on to win the series and be voted the most popular winners ever. They have released three studio albums to date including debut Stars and sophomore release Act Two.