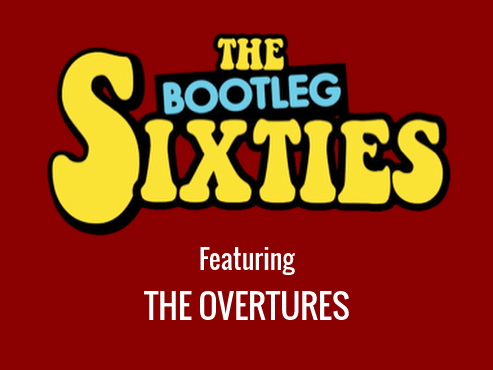 Regarded by most who have seen it as the best Sixties show out there , in the six years since it last toured the UK, The Bootleg Sixties has become the leading show of its’ kind in both the Netherlands and Belgium….and now it’s finally time to bring it back home! This two – hour sight and sound spectacular features music, film and images from pop’s finest decade, all performed by the brilliant Overtures. With songs by artists ranging from The Beatles to Jimi Hendrix via Simon & Garfunkel and a production which would not look out of place in London’s West End, if the Sixties is your thing then it really doesn’t get any better than this.