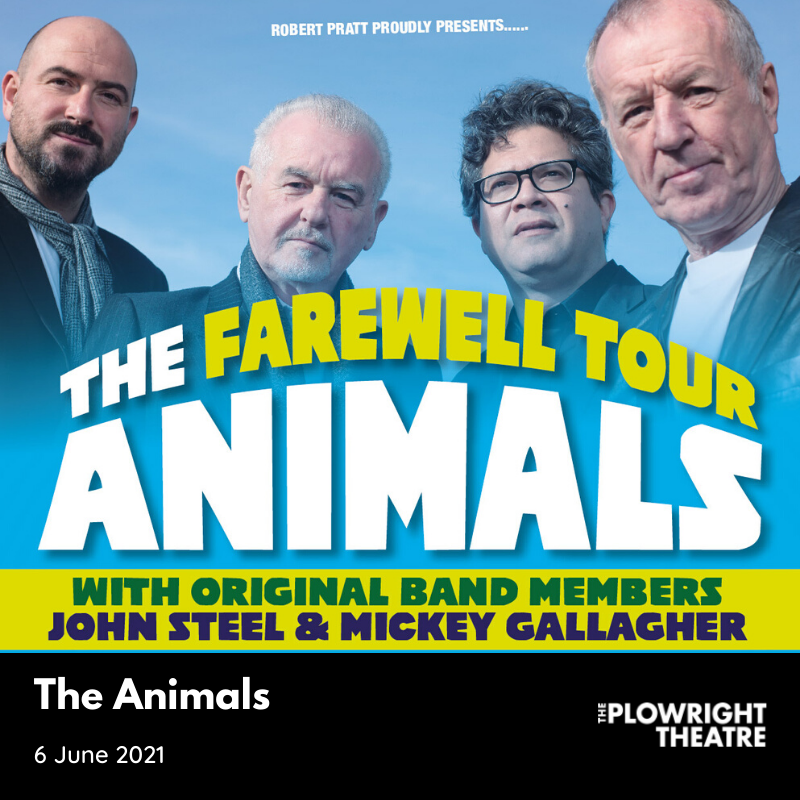 The Animals gig at The Plowright Theatre, due to take place on 6 June 2021 has been rescheduled to 12 March 2022. Original tickets remain valid for the new show.

The Animals are an English rhythm and blues and rock band, formed in Newcastle upon Tyne in the early 1960s. The band moved to London upon finding fame in 1964. The Animals were known for their gritty, bluesy sound and deep-voiced frontman Eric Burdon, as exemplified by their signature song and transatlantic No. 1 hit single, "House of the Rising Sun"

THE SHOW WILL NEVERTHELESS CARRY ON !